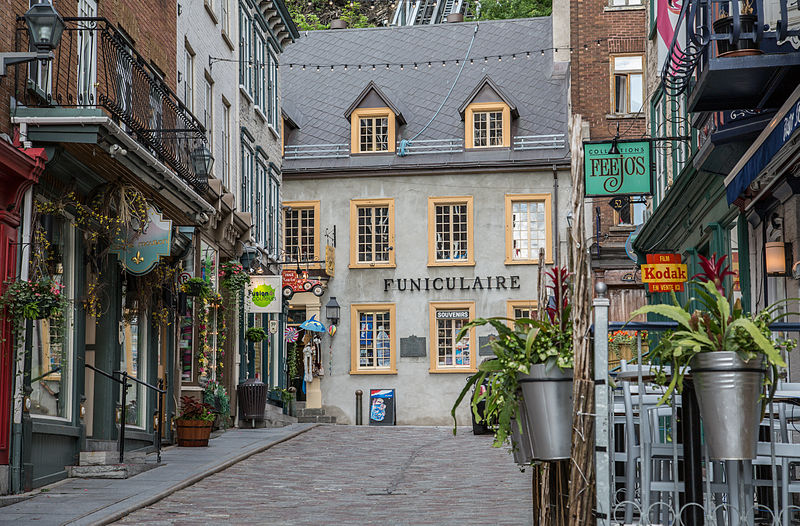 The origin of the city’s name, Québec, comes from the Algonquin language “narrow passage” or “straight”. Originally, it was used to describe the narrowing of the St. Lawrence near the current site of the City of Québec.

The name Toronto is derived from an Iroquois term meaning 'where there are trees in water' in reference to a weir for catching fish. Toronto gradually came to refer to a larger region that includes the site of the present city.
rn